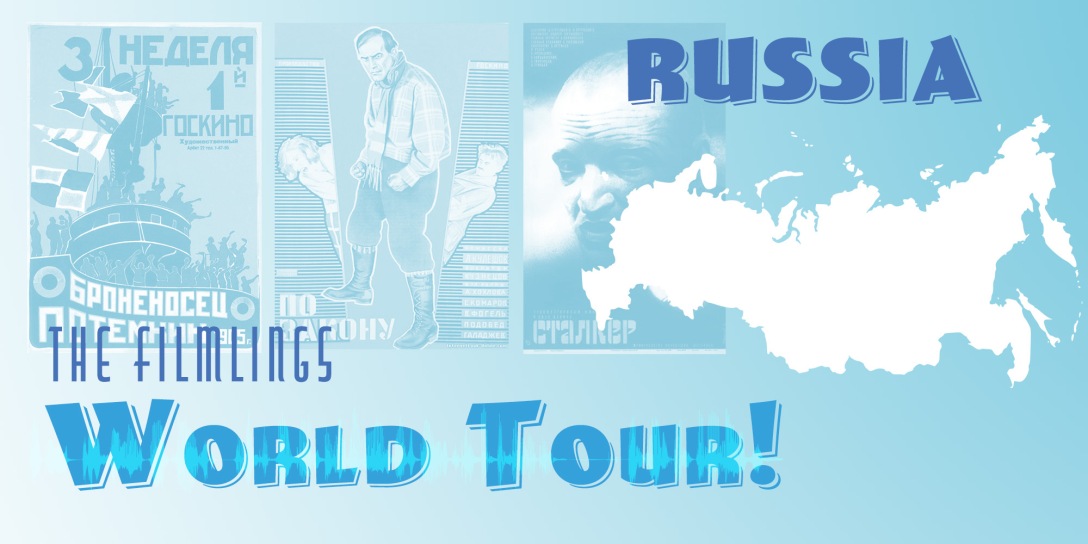 As Dostoyevsky once wrote: “All true Russians are philosophers.”

This week Alex and Jonathan head to Russia and look at three legendary and formative filmmakers with Sergei Eisenstein’s Battleship Potemkin (1925), Lev Kuleshov’s Po Zakonu (1926), and Andrei Tarkovsky’s Stalker (1975). We talk the various forms and uses of montage, the Kuleshov effect, and filmmaking outside the bounds of traditional film technique.

Next stop, Korea!
We come back to the modern age next week and talk about three South Korean films: